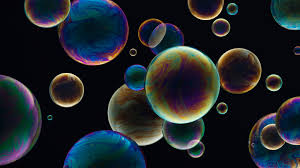 America experienced an era of great peace and prosperity during the 1920s. After World War I, the so-called “Roaring Twenties” economic and cultural boom was fueled by industrialization and the popularization of new technologies such as radio and the automobile. Air flight was becoming common as well.

The Dow stock average soared throughout the Roaring Twenties and many investors aggressively purchased shares, comforted by the fact that stocks were thought to be extremely safe by most economists due to the country’s powerful economic boom. Investors soon purchased stocks on margin, which is the borrowing of stock for the purpose of gaining financial leverage. For every dollar invested, a margin user would borrow nine dollars worth of stock. The use of leverage meant that if a stock went up 1%, the investor would make 10%. Unfortunately, leverage also works the other way around and amplifies even minor losses. If a stock drops too much, a margin holder could lose all of their investment and possibly owe money to their broker as well.
From 1921 to 1929, the Dow Jones rocketed from 60 to 400, creating many new millionaires. Very soon, stock trading became America’s favorite pastime as investors jockeyed to make a quick killing. Investors mortgaged their homes and foolishly invested their life savings into hot stocks such as Ford and RCA. To the average investor, stocks were practically a sure thing. Few people actually studied the finances and underlying businesses of the companies that they invested in. Thousands of fraudulent companies were formed to hoodwink unsavvy investors. Most investors never even thought a crash was possible – in their minds, the stock market “always went up.”
By Jesse Colombo http://www.thebubblebubble.com/1929-crash/

U.S. HISTORY FINAL STUDY GUIDE
Your finals are on  Monday, June 1st from 10:00-2:00. You may complete and submit this study guide prior to taking your final for 10% of the final grade extra credit points. You may prepare one sheet of handwritten notes to use during the test. The final exam will give you an opportunity to show your mastery of skills that you have been practicing throughout the semester. Use this forum to study with your classmates. Review our discussion board posts. Each weekly post was intended to help you practice the skills listed on your study guide.  Complete and turn-in the attached study guide for up to 10 extra credit point the day of testing. The following are some key areas that you can expect to see on the exam

Directions: Review the study guide. Choose a chapter listed below. Select 3 sections from the chapter. Explain the 3 sections and post on the discussion board. Comment on another student's post.

Chapter 16 – World War Looms
Section 1
Describe America’s turn to isolationism in the 1930’s.
Section 2
Explain how Britain and France responded to Hitler’s expansions.
Summarize the first battles of World War II.
Section 3
Summarize the Nazi’s persecution of the Jews and their “final solution.”
Section 4
Describe the U.S. response to the outbreak of war in Europe in 1939.
Explain how Roosevelt assisted the Allies without declaring war.
Summarize the events that brought the U.S. into armed contact with Germany.
Describe the American response to the Japanese attack on Pearl Harbor.

Chapter 17 – The United States in World War II
Section 1
Explain how the U.S. expanded its armed forces and wartime production.
Summarize the efforts of the U.S. government to control the economy.
Section 2
Summarize the Allies’ plan for winning the war.
Explain the importance of D-Day and the Battle of the Bulge.
Section 3
Identify key turning points in the war of the Pacific.
Explain the development of the atomic bomb and debates about its use.
Describe the challenges faced by the Allies in rebuilding peace.
Section 4
Describe the economic and social changes that reshaped American life during World War II.
Describe the discrimination that minorities faced and the internment of Japanese Americans.

Chapter 18 – Cold War Conflicts
Section 1
Explain the growing tension between the U.S. and the Soviet Union after World War II.
Explain the goals of the Truman Doctrine and the Marshall Plan.
Describe the conflicts over Germany.
Section 2
Explain the U.S. reaction to China becoming a communist country.
Summarize the events of the Korean War.
Section 3
Describe efforts to investigate the loyalty of U.S. citizens, and the tactics of Joseph McCarthy.
Summarize the spy cases of Alger Hiss and the Rosenbergs.
Section 4
Explain the policy of brinkmanship.
Describe American and Soviet actions that caused the Cold War to spread around the world.
Summarize the impact of Sputnik and the U-2 incident on the United States.

Chapter 19 – The Postwar Boom
Section 1
Identify economic and social problems Americans faced after World War II.
Describe Truman’s support for civil rights.
Contrast domestic policies of Truman and Eisenhower.
Section 2
Explain how changes in business affected workers.
Describe the suburban lifestyle of the 1950s.
Identify causes and effects of the boom in the automobile industry.
Explain the increase in consumerism in the 1950s.
Section 3
Explain the effects of the growth of television.
Section 4
Explain how the white migration to the suburbs created an urban crisis.

Chapter 21 – Civil Rights
Section 1
Explain how legalized segregation deprived African Americans of their rights as citizens.
Summarize civil rights legal activity and the response to the Plessy v Ferguson andBrown v. Board of Education cases.
Trace Dr. Martin Luther King, Jr.’s civil rights activities, beginning with the Montgomery Bus Boycott.
Describe the expansion of the civil rights movement.
Section 2
Identify the goal of the freedom riders.
Indentify the motives of the 1963 March on Washington.
Explain the Voting Rights Act of 1965.
Section 3
Compare segregation in the North with segregation in the South.
Identify the leaders who shaped the Black Power movement.
Describe the reaction to the assassination of Martin Luther King, Jr.
Summarize the accomplishments of the civil rights movement.

Chapter 22 – The Vietnam War Years
Section 1
Summarize America’s reasons for supporting France in Vietnam, including the domino theory.
Explain how the United States became involved in the Vietnam conflict.
Section 2
Explain the reasons for the escalation of U.S. involvement in Vietnam.
Section 3
Explain the draft policies that led to the Vietnam War becoming a working-class war.
Describe the antiwar movement and the growing divisions in U.S. public opinion about the war.
Section 4
Describe the Tet offensive and its effect on the American public.
Explain the domestic turbulence of 1968.

Section 5
Describe Nixon’s policy of Vietnamization.
Explain the public’s reaction to the Vietnam War during Nixon’s presidency.
Describe the end of U.S. involvement and the final outcome in Vietnam.
Explain the war’s legacy and the reason for the War Powers Act.

Chapter 23 – An Era of Social Change
Section 1
Summarize the efforts of Latinos to secure civil rights and better treatment, including the work of Cesar Chavez.
Explain the efforts of Native Americans to secure reforms in government policies.
Section 2
Describe some of the early gains and losses of the women’s movement.
Section 3
Summarize the counterculture and its impact on society.


Directions: Please find below key terms to review for the final. Look up the key term in your text book, read, define and study for the final.
Post the definition of 5 key terms on the discussion board.
U.S. History Mid-Term Review: Key Terms for Chapters 1-13